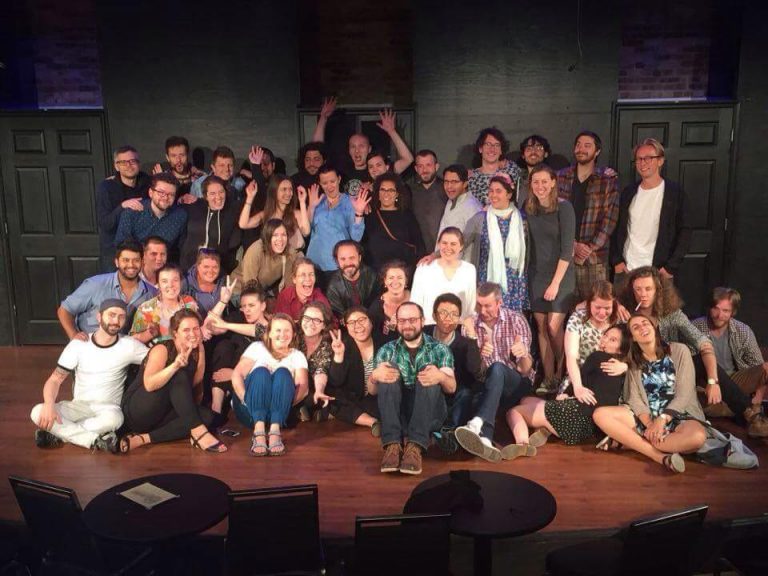 The Improv Embassy lived up to its name this weekend when directors Dani, Chris and Val took part in an international showcase at Chicago’s iO Theater. The show featured improv sets with performers from Hungary, Poland, France, Australia, South Korea, and many more countries! Dani, Chris and Val were joined on Team Canada by Arick, Ashley and Daniel from Bullskit Comedy (in Red Deer, Alta.) and Chris from Vancouver. The night was hosted by Adal Rifai, an iO improviser/teacher and member of the podcast “Hello From The Magic Tavern.”