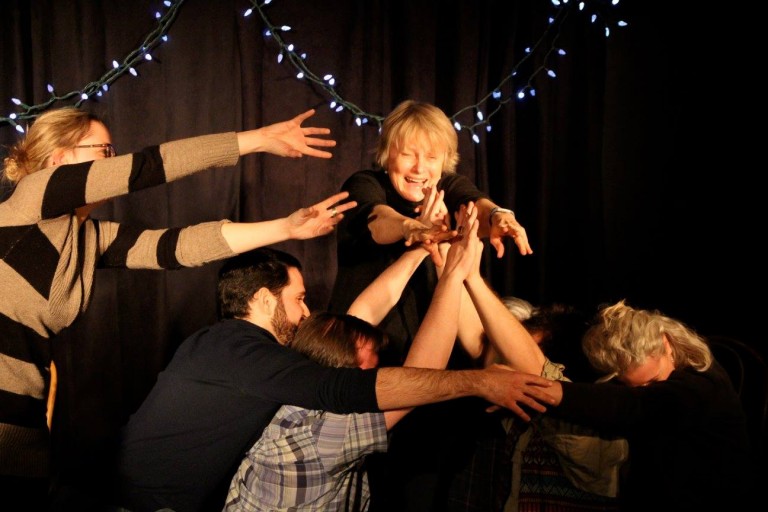 This class is all about group dynamics. You will learn to navigate scenes with multiple characters, work on developing the groupmind with your ensemble, and find how your unique comedic voice can best serve your team. This class will help you learn to make support moves, analyze game mechanics, and use elements like movement, composition and music to add depth to scenes.

CLASS POLICIES: There are no refunds or deferrals once class is in session (if you have to drop the class for whatever reason, there is the possibility of a discount to register for the next available class). Before registering, please read our policies on payment and other class expectations, to make sure that the class is right for you.

Only 2 left in stock

Dani Alon began improvising in 2009 in Toronto. She studied longform improv at the Impatient Theatre Co., where she performed weekly from 2010 to 2012, and trained at the Second City Conservatory in Toronto, iO Theater in Chicago and the Upright Citizens Brigade in New York. Dani hosts The Preserve Longform Jam every Thursday night, and co-produces The Fembassy, Ottawa’s regular comedy show for women and non-binary performers. Outside of the Embassy, she has taught and performed in Bristol, UK (Bristol Improv Theatre) and Sarasota, FL (Florida Studio Theatre) with “Mom & Dad” duo partner and Embassy co-founder Chris Hannay (the pair have also performed at Big City Improv Festival in Toronto and Mprov in Montreal). Dani is a co-founder of the Improv Embassy and also works as an animator and designer (she made our logo!).