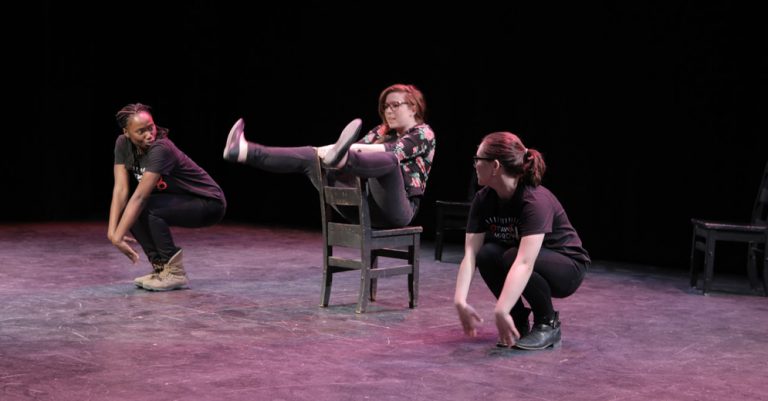 Deborah Ring is the creator of the new monthly Shit Hot Shit Show. She teaches the Embassy’s sketch comedy writing and performance classes.

In a town of public servants, an underground sketch comedy scene may seem like a non-starter. Well, we don’t give a SHIT HOT SHIT and are putting together a monthly sketch show to put the “racy” back into “bureaucracy.”

So, how do you put together a sketch show? Whichever way you want to is the answer: improv, writing, or a combination of the two. The Shit Hot Shit Show opted for table reads, editing and a rehearsal. Editing suggestions included: more McPrivilege, make sure you hire a bunch of unemployed men from the local sports bar, I’m not sure “baby goat” needs to be added, and PLEASE GET TO UNCLE NORM FASTER! I WANT UNCLE NORM!

Sometimes, putting together a sketch comedy show can be a bit of a shit show, so be sure to apply these rules to make sure that your show is SHIT HOT SHIT.

RULES TO HAVING A SHIT HOT SHIT SHOW

Ottawa’s only monthly sketch show starts Saturday, March 25, at 9:30 pm at the Improv Embassy.
Get your tickets at the door or in advance here.